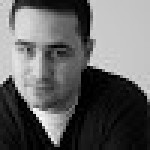 (Note from Paolo Volpara) Over the last few months we have been kindly accused of being “luddites” when we discuss the proliferation of technologies in vehicles, especially two wheelers.

Luddites was a movement born from English textile workers in the 19th century, protesting against manufacturers who used machines in what they called “a fraudulent and deceitful manner” to get around standard labour practices, diminishing the importance of professional skills.

Over time, Luddite title has been given to the ones questioning the impact on humans  of industrialisation, automation, computerisation, or new technologies in general.

With a title as the one Andrew paraphrased from the book “Dune”, no doubt that his post will receive the luddite label. Just in case we missed the link, Andrew selected the “clog” as illustration:   it is said that to demonstrate their opposition to machinery the luddite workers threw their clogs (wooden shoes) into the mechanisms of the textile machines.

“industrialisation, automation, computerisation, new technologies” have done a great job in liberating the human race from ignorance, diseases, hunger, poverty and fatigue: the price that we are paying for this “liberation” may turn out to be higher than expected, vindicating some of the Luddites warnings.

OK so I have to confess and say I stole the title from Frank Herbert’s Dune and the full version is this : “I must not fear. Fear is the mind-killer. Fear is the little-death that brings total obliteration. I will face my fear. I will permit it to pass over me and through me. And when it has gone past I will turn the inner eye to see its path. Where the fear has gone there will be nothing. Only I will remain”

Fear is the mind killer that keeps you in a rut of a job, relationship or life because to climb out of the rut would mean facing down those fears.

I think that Cov19 has made us more fearful.

A person walking pass too close. A cough in a room. A stranger without a face mask. Lockdown has kept us at home. OK I sneaked out for a few ‘shopping rides’ but I kept them short and polite. Finally, I’m allowed to go that bit further and have a four day trip to Hawes in northern England planned. A day route planned to Wastwater via the Hardknott Pass

And on this route technology tried to kill my mind.

I get a dry 530 km dry ride north with roads still traffic light once off the motorways. And I awake next day to find rain. Or more accurately, the Irish Sea moving inland. But my head / soul / core needs this ride into the mountains. So off I go. And WOW it is amazing.

Empty roads and over the Hardknott the waterfalls are in full flow. This is really a route where the “three riders” off road rule should be applied so I’m taking it carefully.

And then as I turn north for the Wastwater – POP!

No power. Think a little puff of smoke. And a yellow engine warning light. Luckily, I have come to a halt within pushing distance of a pub. Park up, climb out of the sodden kit and call the recovery company. Assured that someone will be with me in about 90 minutes I order a pint and lunch. And start to dry out. Then the Mind Killing starts.

Two hours into the 90 minutes a bloke calls to say I’m too far away and he has sent the job back to the recovery company. I wait for a call back and I’m met by silence. I know there is a dealer about 50 miles away in Carlisle who I have used before and they were very helpful. But time is ticking away. The recovery company are proving to be useless.

I decide to see if the bike has decided to play nice. She starts up straight off. I have power. I don’t have smoke or leaks. But I still have the Yellow Engine Light of Impending Doom shining bright. So, something not right? Wait some more and try the bike again and all good. But the Light is still on. Before Doom Lights were invented I would have muttered some curses and headed off. But my Mind is saying “The Light of Doom is on Wookie, you will not move”. Tick tock tick tock, I’m running out of time. So, get to the point of telling my Mind “Move, man up and get moving”

The GPS is telling me that I have eighty kilometers to do and not much time to do it.

The Light of Doom shines bright. My Mind is screaming Nooooooooo.

Then the GPS decides to join in the fun. It is set for Fastest route. And this means climbing up over the mountains with sheep playing hide & seek in the rain and mist. Tick tock tick tock. I’m not backing off. Making up minutes and knocking off the miles.

The Light of Doom still yellow, everything else as it should be. I get onto the A595 main road to Carlisle and hit the GO GO GO button. Either I will make it to the dealer or the bike will fireball into the next universe.

And I make it. With time to spare. The Yellow Light of Doom is shining bright still. And as they wheel her off into the work shop. I’m thinking what Technology have I blown up? Turns out, nothing. Nada. The Light of Doom has a fault number and they clear it. End of that problem.

I did fear technology and it could have killed me. Obliteration was waiting. But I rode over it, through it and past it. And once the technology fear was conquered, it vanished.

Off I rode. Once they changed the blown headlight bulb. Technology giving me ‘the bird’.

One thought on “Technology is the Mind Killer”

Isn’t The Thief at all Guilty?

Being Productive with the Flow and Riding a Motorcycle